Who is More Powerful? | IAS vs IPS

The Union Public Service Commission Exam (UPSC Exam) is regarded as one of India’s most difficult exams. Passing this exam is the sole way to become an IAS, IPS, IEAS, or IFS officer. Each of these officers has a different job to do, as well as a different function to play. Today, we’ll explain the differences between IAS and IPS, as well as which is the more powerful of the two.

The Union Public Service Commission Exam (UPSC Exam) is regarded as one of India’s most difficult exams. Passing this exam is the sole way to become an IAS, IPS, IEAS, or IFS officer. Each of these officers has a different job to do, as well as a different function to play.

After receiving the UPSC Mains Exam results, the candidate must complete a Detailed Application Form (DAF). On the basis of which is carried out a personality test. During the interview, questions are asked depending on the information provided on the form. The number received in the interview is added to the merit list (civil services), and an All India rank is calculated based on it. Different categories (general SC, ST, OBC, and EWS) are ranked.

Difference Between IAS and IPS Training

Following selection for IAS and IPS, candidates attend a foundation course at Mussoorie’s Lal Bahadur Shastri National Academy of Administration. In this programme, all civil service aspirants are given three months of training. This course teaches basic administrative skills.

This is extremely crucial for any civil servant. Inside the academy, special activities are held. In which arduous training, such as that found in the Himalayas, is provided for mental and physical strength.

Apart from that, all officials are required to participate in India Day, during which they must display the culture of their particular states. It must demonstrate unity in the midst of the country’s variety, whether through civil service officer attire, folk dancing, or cuisine and drink.

Village Visit Training is also provided to officers. During this time, they must go to far-flung towns around the country and stay for seven days. They must be familiar with every aspect of rural life. The civil service official is responsible for dealing with the villages and their issues.

Training Period of IAS and IPS?

There is a significant difference in training between IAS officers and IPS officers. IPS officers are sent to the Sardar Vallabhbhai Patel National Police Academy (SVPNPA) in Hyderabad after completing three months of basic training. They are given police training there. They must go through rigorous training after being selected by the IPS.

Horseback riding, parades, and weapon handling are all part of their training. As a result, IAS Trainee Lal Bahadur Shastri remains at the Administration Academy (LBSNAA). Following that, IAS officers receive professional training. It contains information on each administrative and governance sector.

See also  How to Use Free WIFI at Railway Stations, Step By Step Process

The administration of a region-district department is one of the tasks of IAS officials, according to a Business Insider piece. They are supposed to offer development proposals for their particular areas. They have the authority to implement all policies and make major decisions. IPS officials, on the other hand, are responsible for investigating the claims and maintaining law and order in the areas where they are stationed.

Conclusion (Who is the most powerful IAS or IPS)

IAS and IPS have very distinct roles and powers. The Ministry of Public Grievances and Pensions’ Department of Personnel and Training is in charge of IAS officers. The IPS cadre, on the other hand, is under the supervision of the Union Home Ministry. An IAS official’s remuneration is higher than that of an IPS officer.

At the same time, each area has only one IAS official, although the number of IPS officers in one region exceeds the required number. In terms of position, money, and rights, IS officers are more capable than IPS officers. 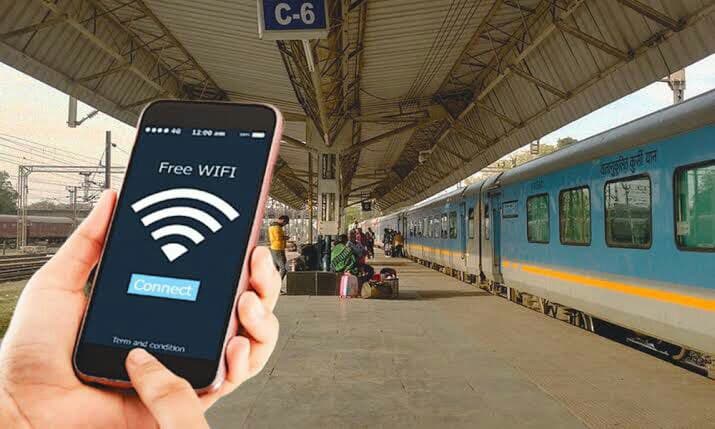 How to Use Free WIFI at Railway Stations, Step By Step Process